What is a Twin Flame Soul Union? 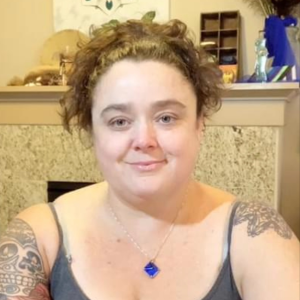 My twin flame, Justin, and I are in Union. We’ve often been asked, where did our journey start? And, what is a twin flame soul union, after all?

When we met, neither of us knew what a spiritual awakening was. Neither of us even knew the term twin flame, let alone knew to ask the question, what is a twin flame soul union!

I was a career professional who didn’t believe in anything beyond the 3-D world, including souls, despite proclaiming I had a ‘soulmate’ in my husband.

Justin was the opposite. He came from a background steeped in Christianity, which hinged on the existence of souls. He’d been taught that his soul would be made whole through religious belief and ‘living a life in Christ.’

In our late-30’s and early-40’s, we were disappointed with our lives. Think midlife crisis. We were lonely, even though we were married and led full, privileged lives with our spouses. And, we knew we were looking for something more than we had with our spouses. We sought some connection that would fulfill us, which would restore the hope we’d lost over the years. Yet, we were in despair of ever finding that connection. As a result, we pursued addictions to stem the tide of hurt. Our addictions ranged from porn to affairs to prescription drug dependence to alcohol and food abuse.

HINDSIGHT 20/20: These were the experiences required by our shared soul to set us on the path to find each other in this 3-D world.

Our first physical contact was a lightning strike to our soul. It was like something you see in a movie. Because the moment was so startling and unreal, we broke from kissing when we felt it and confronted each other.

HINDSIGHT 20/20: That kiss was the moment our soul ignited, recognizing its twins reunited in 3-D.

After ignition, we embarked on an extended period trading runner and chaser roles. We thought about each other constantly but took turns ghosting each other in varying degrees. Neither of us were happy when the other was out of sight, but neither of us were ready to change our lives to be together. We were in denial. Excuses to run and chase and stay stuck where we were in 3-D were easy to come by. In fact, here are a few we used:

All of these excuses were based on our lack of self-love. We didn’t love ourselves; therefore, we believed we didn’t deserve to be treated like someone worthy of love. Our lack of self-love caused us to put ourselves last in line after everyone else. It fed a vicious, self-perpetuating cycle.

HINDSIGHT 20/20: The running, chasing, and excuses were our soul’s way of building a critical mass of unhappiness that would push us to end our 3-D separation.

Eighteen months after our first kiss and a lot of running and chasing, I stumbled into my spiritual awakening. It proceeded in fits and starts as I recalled and processed various traumas. Meanwhile, I tried all manner of healing modalities, like:

Eventually, I began to accept that I was worthy of happiness and could choose it if I wanted it. I realized that my needs were important and that I had given away control over my life. I discovered that I felt most happy, most whole when I was with Justin.

That was when I looked up the term ‘twin flame.’

I knew from the moment I read the definition that this described our connection. There wasn’t much info to be found about twin flames back then, so I had to rely on myself to navigate what was happening to me. I began journaling. I learned to meditate and seek meaning in all that happened to me. I saw angel numbers and synchronicities everywhere. I rediscovered my old empath and channeling gifts from childhood and tried to ‘feel’ the soul connection between Justin and me. Most importantly, I learned to trust my intuition, which was hard to do when I’d spent so many years in a counterfeit life steeped in the lies I told and the lies I accepted from others. But, in the end, I did it. I learned to trust my intuition.

Despite what my intuition screamed, I didn’t share anything I learned with Justin. I feared doing so would scare him away because he was deep in the Christian point-of-view. Moreover, I wasn’t sure what I wanted to achieve at the end of all this, so I deemed silence best.

Justin’s awakening began a little more than a year after mine. His was different. It happened practically overnight. It was like he was rushing to mirror me and my recent experiences. Funny enough, I wasn’t the one who galvanized his awakening. His wife was. She did it by mentioning the term ‘twin flame’ to him. He asked me about it, and I finally shared all I had learned with him. The change in him was almost instant; he knew it was all true.

HINDSIGHT 20/20: It took us both finding self-love and reaching a mutual understanding of the twin flame journey before we could escape the orbit of our 3-D separation. We surrendered to our soul connection.

Getting from surrender to Union was no cakewalk, but it was worth it! The joy of confirming that we were twin flames was cut short as we realized what loomed between us and 3-D Union. Before we could ever be together, we would have to face all of the lies we’d told everyone for so long. ‘Everyone’ included spouses, kids, parents, siblings, and friends. The idea of telling the truth was daunting. As empaths, we dreaded the pain our admissions would cause. Yet…

Our soul connection could not be ignored once we both accepted it. We knew we belonged together, and we recognized our Twin Flame Soul Mission, which is to share our truth with the world. It is through our story, through hearing our truth, that others will feel less alone and less anxious about their own paths. We decided we would do whatever it took to be together and honor our mission. There was no other choice we wanted to make. We loved ourselves as much as we loved each other, and we deserved to be on that journey in Union.

HINDSIGHT 20/20: Once we surrendered to our soul connection, there was still work to be done to bring our 3-D lives into alignment with our spiritual self. Through all the difficult moments, we never lost sight of the mission we shared or the love we felt for ourselves that was so clearly mirrored in our love for each other.

Within six months of my answering Justin’s question about twin flames, we were separated from our spouses and living together. During those six months, we each wiped our separate slates clean. We asked and granted forgiveness where it was due, and allowed those who were not ready to accept our Union to move along on their paths without us.

HINDSIGHT 20/20: Achieving Union through truth-telling and making choices based on self-love was necessary for us to proceed with our Twin Flame Soul Mission.

Read More About Our Journey

We are publishing a novella series about our twin flame experience, from before we ever met to when we reached Union. The story offers the most complete answer we can give to the question, “What is a Twin Flame Soul Union?” We invite you to pick it up on Amazon or Kindle today!

PrevPrevious EntryTalk Show #4: What is a Soulmate?
Next EntryHiatus Done, Welcome 2021!Next

Tell us your story: Cancel reply